Over the past several months, Chicago Commons and its delegate partners have worked tirelessly to expand our Head Start program through a re-competition selection process managed by the Administration for Children and Families, a division of the U.S. Department of Health & Human Services.

On Tuesday, July 13, 2021, The Administration for Children & Families, a division of the U.S. Department of Health & Human Services, awarded Chicago Commons and its delegate partners a direct 5-year, $23 million per year Head Start Program Grant.

The award allows Chicago Commons and its delegate partners—Eyes on the Future, Gads Hill Center, Learn Together Grow Together, and Onward Neighborhood House—an opportunity to expand learning and development for more than 1,270 children in neighborhoods across Chicago.

The grant award begins August 1, 2021, and the Chicago Commons Leadership Team will be working with the Administration for Children and Families and its delegate partners to get ready for the grant launch.

Learn More About the Award

Chicago Commons in the News

Eyes on the Future

Learn Together Grow Together

*Families do not need to reside within these neighborhoods to be eligible to enroll in programming.

For all media inquiries, please contact Brittney Mmutle at mmutleb@chicagocommons.org. 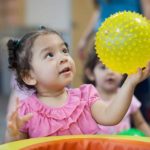 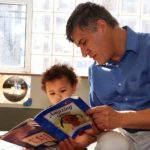 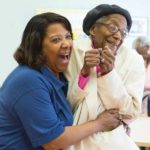 With your help, Chicago Commons can continue to help 3,000 children, families and seniors GO further.