How do I become a member of the Lea Taylor Society? 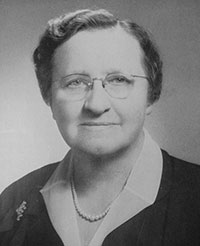 Who was Lea Taylor?
Lea Taylor was a daughter of Graham Taylor, founder of Chicago Commons. She literally grew up within Commons and took the reins of the organization in 1922 and led until her retirement in 1954. She remained deeply committed to Commons until her passing in 1976. Lea is remembered for her leadership, her work around labor and racial equality, as well as her work in the neighborhood guided by the families she served. Her management and fundraising skills propelled the organization forward through the 20th century and into the 21st. Because of her community-centered humanitarian work, untold thousands of children and families found themselves with the resources they needed to connect, develop, and thrive.